What is the Future of SEO? 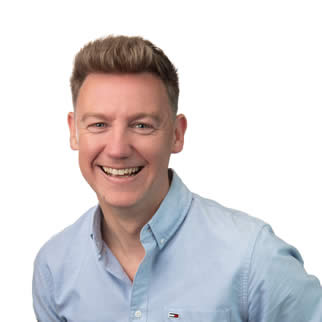 Search Engine Optimisation (SEO) has supposedly died many a death.

In 1997, many were sceptical about the potential that even search engines held. Let alone the need to optimise a website to rank upon them.

Those who would have you believe SEO is alive and well, will cite these dates as evidence that it is not now- just as it was far from deceased then.

In a way they are right to. After all, SEO is not dead and will only be dead when people stop using search engines altogether.

Until the decline of search engines comes about, the easiest way to understand why people so consistently believe SEO to be dead is summed up best by Dr. Peter Myers’ assumption that: ‘SEO tactics die, but SEO never will.’

As of yet, his theory holds up and it explains why people are often quick to claim the death of SEO. Because while SEO may be alive and kicking it has still changed drastically over the years.

Right now, SEO is currently undergoing a period of transition that will transform the way we optimise our websites for search engine purposes- hence the claims that it has died.

A more palatable and much less technical new form of SEO is emerging that is not about tricking Google or even specifically adhering to the search giant’s rules.

Instead, in a market now saturated with niche, and not so niche, social networks and mobile apps, Google’s grip on search is loosening slightly.

Still the great monolith of search, Google’s response has been swift.

Google doesn’t make a penny from your SEO optimised website. It makes the majority of its money from advertising to those that use its search service.

For this advertising to be truly lucrative Google needs to keep up its high user numbers and their main concern is keeping their market share- Google accounts for approximately 90% of all internet searches.

So Google needs to keep users happy, and we’re at our happiest when the search results perfectly answer our query.

This is where SEO comes in.

Those familiar with SEO terminology will be well aware of ‘white’ and ‘black’ hat SEOs. The two terms effectively refer to those who operate within Google’s rules- white hat- and those that do not – black hat.

SEO expert Sam McRoberts would have you believe that the majority of SEOs are actually ‘grey’ hat and operate in-between the two.

Given Google’s aggressive pursuit of SEOs within the latest changes to its algorithms it seems that they agree with McRobert’s verdict.

The aforementioned ‘grey’ hat SEOs have made their living by helping poor sites rank well on Google searches, often diluting Google’s search results in the process.

Obviously this isn’t in the interest of the user who, simply by using Google’s free service, helps generate its lucrative ad revenue.

So Google’s algorithms have moved away from rewarding SEO principles towards featuring sites with the best, relevant content.

The fact is, SEO is not dead but as with any industry the tactics and strategies that are most effective will change over time; something that is perhaps magnified by the fast pace of the digital world.

The need to optimise your website content to be search engine friendly won’t die for the foreseeable future, if ever, but It’s just about being able to stay ahead of best practice.

From this point on, the preoccupation with ranking top of Google by any means necessary is a defunct pursuit.

Instead, you need to remain aware that people are beginning to diversify how and where they search.

Increased competition to Google is changing the way people search and niche social networks and mobile apps are providing valuable and reliable search results in their fields.

As a consumer, I would now be more inclined to use Yelp or Trip Advisor to read a restaurant or hotel review rather than rely solely on a Google search.

Entrepreneur’s Tim Burd suggests this is due to the average person’s increased savviness- we no longer take Google searches at their word.

The face of SEO has changed and where link buying and keyword stuffing were once the mainstays of your optimisation agenda now there is an increased focus content marketing.

The companies that regularly produce informative and relevant content are the ones who will begin to prosper.

Whether it is video, blogging, infographics or interactive elements or perhaps all these and more, if you can produce content of the highest quality and market it across social networks effectively then you will see your ranking improve as a result.

It is time to revaluate how your company approaches SEO.

Simply by blogging Ri Web has doubled our website traffic in the past two months. Find out how we did it by reading our article.

How To Create Candidate-Focused Blogs in Under 10 Mins

We use cookies and similar technologies to recognize your repeat visits and preferences, to measure the effectiveness of campaigns, and improve our websites. For more information about cookies, view our Privacy Policy. By clicking "I Accept" on this banner or using our site, you consent to the use of cookies.